Causes of Gynecomastia and Common Solutions 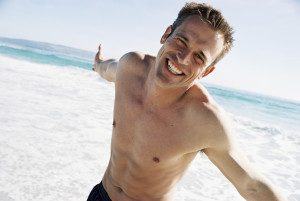 Gynecomastia is described as the development of breasts in men. The most common cause of this condition is having an excessive amount of the female hormone estrogen or not having a sufficient level of the male hormone testosterone. As a result of one of these conditions, the male’s breast tissues begin to swell forming enlarged breasts or what are often referred to as breast buds.

There are several known causes of gynecomastia based in part on the age of the male in question.Babies: This condition is typically caused by excess amounts of estrogen coming from the mother in breast milk. The breast buds will typically disappear within the first six months of life, but they may last longer.

Preteen Boys: Often the result of a tumor that produces excessive amounts of estrogen, this situation typically occurs during puberty and may last for as long as 2 years. They often disappear on their own in the first year.

Teen Boys: Hormonal changes resulting from puberty often cause gynecomastia at this age. Again the breast buds commonly disappear on their own within 6 months to 2 years.

Adult Males: There are a number of medical conditions that can lead to the formation of breast buds in males including; cirrhosis of the liver, liver, lung, pituitary gland, testicular, and adrenal gland cancer, hormonal issues, or an overactive thyroid. Excessive use of alcohol, marijuana, heroin, and methamphetamines have also been found to cause gynecomastia.

For the most part babies, preteens, and teens diagnosed with gynecomastiado not require any form of treatment as the breast buds will simply go away on their own. In adult males or for those whose condition does not improve with time, there are a number of medical treatments including the use of anti-cancer drugs, steroids, chemotherapy drugs, antiandrogen drugs, antianxiety or antidepressant medications, and medications used to treat epilepsy.

For those who prefer not to use a regimen of medications or for whom they do not work, cosmetic surgery may prove to be a viable alternative. The surgical procedure is called reduction mammoplasty and not only removes the excess breast tissue, but also removes any excess skin and repositions the nipple and areola to give the patient a more acceptable appearance.