When Dr. Weiler founded Weiler Plastic Surgery in Hammond, LA, he knew that in order to succeed and provide the best service to clients for every cosmetic procedure he would have to gather and hire the best staff, and that’s exactly what he’s done. For each Weiler Plastic Surgery location including Baton Rouge, LA, from the receptionists to the physician assistant, Dr. Weiler made sure his staff was second to none. If you need or want the services of Louisiana’s premier plastic surgeons, contact the staff or request a consultation at Weiler Plastic Surgery today. Get to know the staff a bit prior to your appointment below. Taylor received her Bachelor’s degree in Biological Sciences at Louisiana State University, and later her Master’s of Medical Sciences in Physician Assistant Studies at Our Lady of the Lake College. She joined Weiler Plastic Surgery in July of 2011. She performs surgical and nonsurgical consultations to meet each patient’s aesthetic goals. Taylor administers cosmetic injectables, including BOTOX® Cosmetic and dermal fillers, and assists with pre- and post-operative care of Dr. Weiler and Dr. Hogan’s surgery patients. Outside of work, Taylor enjoys spending time with her growing family, attending her children’s sporting events, and cooking. 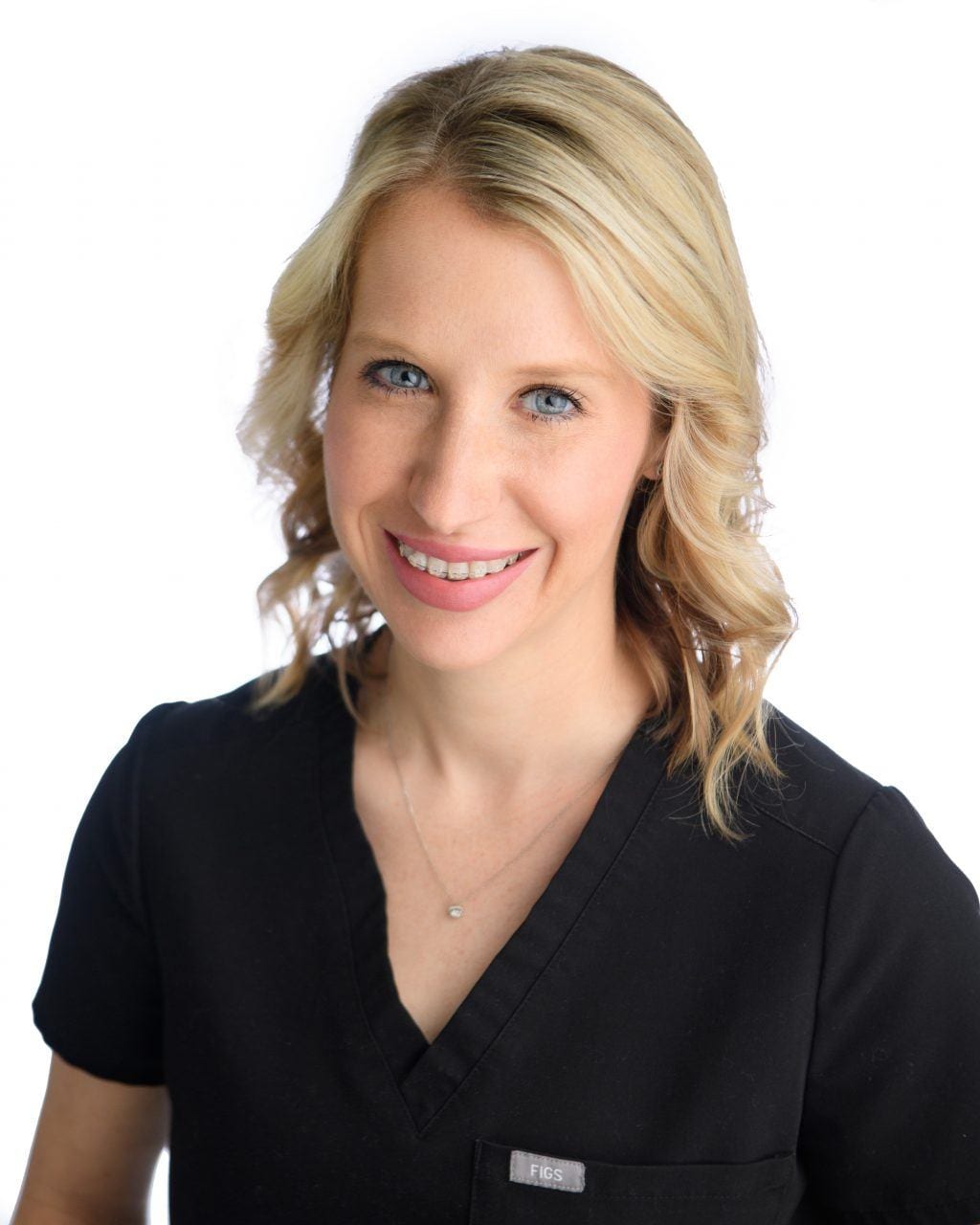 Christine joined Weiler Plastic Surgery in April of 2018. As an expert injector, she primarily administers cosmetic injectables, including neurotoxins such as BOTOX®, and dermal fillers such as Juvederm®. In addition, Christine assists in post-operative patient care for Drs. Weiler and Hogan. Outside of work, she enjoys staying active with her young family, reading, and traveling. Amy is a certified nurse practitioner who attained her Master’s degree in nursing from Louisiana State University Health Sciences Center in May 2016. She joined the Weiler Plastic Surgery team in April 2019. Amy is passionate about helping patients meet their individual aesthetic goals in order to get them feeling their most confident selves. Outside of work, Amy enjoys running, spending time with family and friends, and traveling to new places. Lauren received her Bachelor of Science in Nursing from Louisiana State University Health Sciences Center in 2006. As an RN,  she worked in Beverly Hills, CA in aesthetic nursing. After receiving her Master of Science in Nursing in 2011 from the University of South Alabama, Lauren obtained certification as a Family Nurse Practitioner from the American Association of Nurse Practitioners. Lauren administers cosmetic injectables and assists with post-op care of Dr. Weiler and Dr. Hogan’s surgery patients. Outside of work, she enjoys spending time with her husband and three kids, traveling, and staying active. Kelci received her undergraduate degree with a Bachelor’s of Science in Nursing from Southeastern Louisiana University in 2012. She then received her Master’s of Science in Nursing degree from Maryville University of St. Louis as a Family Nurse Practitioner. She is board certified by the American Academy of Nurse Practitioners. She has been with Weiler Plastic Surgery since 2017 where she began as a nurse in the operating room. As an injector, Kelci provides consultations to help her patients meet and achieve their individual goals by aiding them to feel more confident about themselves. She specializes in cosmetic injectables including BOTOX and dermal fillers as well as providing care to post-operative patients for Dr. Weiler and Dr. Hogan. Outside of work, Kelci enjoys spending time with her husband and 3 dogs, LSU football, and traveling to new and exciting places. Heather received her Bachelor’s of Science in Nursing from Southeastern Louisiana University in 2002, and later her Master’s of Science in Nursing in 2008. She has practiced in the aesthetic industry for the last 25 years and specializes in cosmetic injectables, including BOTOX® Cosmetic and dermal fillers. She also assists in the pre and post-operative care of Dr. Weiler and Dr. Hogan’s patients. She believes her calling in life is to help and care for people and her job allows her to fulfill this passion by improving the way a person feels about themselves without changing who they are. One of the most-loved aspects of her job is seeing the transformation of her patients and helping them gain confidence and feel beautiful. Outside of work, Heather enjoys spending time with her family, attending her four children’s sporting events, and loves gardening!

Connie is our Lead Medical Aesthetician. She has over seven years experience in medical esthetics and is a certified laser technician. Connie specializes in IPL treatments, laser hair removal, tattoo removal, chemical peels, dermaplaning and the medical product lines of SkinMedica and ZO Skin Health. Her goal for each patient is to correct and anti-age which makes the IPL laser treatment in combination with microneedling her favorite service. She attended Aveda Institutes in Covington, Louisiana where she was certified in the course of Esthiology in 2009. Her personal interest in continuing to educate herself and others while staying up to date on the latest advancements in skin care has contributed to her rapid success and earned her a respectable reputation in the industry. At Weiler Plastic Surgery, Connie hopes to use her expertise to help others feel good about themselves and about their appearance. She is excited to be a part of a team that sees total wellness as the ultimate goal. If you would like to contact Connie, you can email her directly: [email protected] Krystal is our Medical Aesthetician in the Denham Springs office. After finding her passion for skin care, she attended Aveda Institute in Hammond, where she was certified in esthiology in 2014. Krystal will work closely with you to reach your skin care goals, by providing you a personalized treatment based on your specific needs. She is dedicated to improving her patients’ overall appearance, and thrives on making people feel more confident as a result. In her free time she enjoys spending time with her husband, and 3 kids. Email Krystal directly [email protected] to contact her. A native of Sevierville, TN, Sean has called Baton Rouge home for the last 15 years.  As a makeup artist for some of the most prestigious cosmetic brands, he traveled the country teaching women how to take care of their skin and apply makeup. It was during this time that Sean’s passion for beautiful, radiant skin was born. After graduating from the Aveda Institute in 2011, he began a career in aesthetics where he has gained extensive experience in chemical peels, microneedling, microdermabrasion, dermaplaning, IPL, skin tightening, laser hair removal and body contouring. As a member of the Weiler Plastic Surgery team for the last 2 years, Sean has found his perfect fit.  When not at work, he enjoys home renovation, gardening, and being a Dog Dad to his 2 rescue dogs, Dax and Decker. Caroline is one of our Medical Aestheticians in the Baton Rouge Office. Caroline attended the Aveda Institute in Hammond, LA and also attended the National Institution of Medical Aesthetics in Las Vegas to specialize in Laser treatments. She specializes in PRX-T33, DiamondGlow, Dermaplane, Thermvia, and Emsculpt. Caroline’s passion is to make her patients feel great about themselves and have confidence in their skin that they have never had before. She is excited to be your skincare coach give you the result you deserve. If you would like to contact Caroline, you can email her directly: [email protected] After earning her bachelor’s degree at LSU in 2018, our Medical Aesthetician Sophia could not deny her calling to the Aesthetic Industry. Since graduating from aesthetic school in 2019, Sophia has not stopped learning and fine-tuning her knowledge of the field. She has a passion for educating her patients on the importance of skincare and the science behind anti-aging. As the industry grows, Sophia is focused on growing with it and providing her patients with the best quality care possible. When she is not at Weiler, you can find her spending time with friends and family, traveling to new places, and cheering on the Tigers in the fall! You can contact Sophia directly at [email protected]com.

You made Weiler Plastic Surgery your choice for Best Plastic Surgeon in 225 Magazine's 16th annual "Best of 225" awards. More than 13,000 Capital Region residents cast their votes, selecting us as the team they trust to bring out their very best and make them feel at home each step of the way.

Allergan is synonymous with excellence in aesthetics, and Weiler Plastic Surgery is honored to be recognized in 2022 as one of their Top 20 providers nationally out of more than 50,000 aesthetic practices.